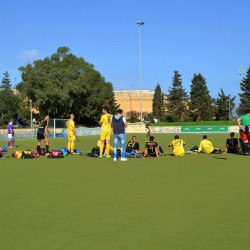 Hockey 5s – the new hockey phenomenon that is taking the rest of Europe by storm – made its highly anticipated debut in Malta, when a one-day friendly tournament was organized by HAM, in what would end up being a great advert for hockey on the Island. Despite Floriana Young Stars not participating, no fewer[…]